What is sleep?
Physiologically, sleep is a complex process of restoration and renewal for the body. Scientists still do not have a definitive explanation for why humans have a need for sleep. We do know that sleep is not a passive process or “switching off” of body functions; sleep is believed to be important in many physiologic processes including the processing of experiences and the consolidation of memories. It is also clear that sleep is essential, not only for humans but for almost all animals.

What causes the body to sleep?
Sleep is influenced by the circadian rhythms (regular body changes in mental and physical characteristics that occur in the course of about 24 hours). These are controlled by brain neurons that respond to light, temperature and hormones and other signals and comprise the body’s biological clock. This clock helps regulate the “normal” awake and sleep cycles. Disruption of these cycles can make people sleepy, or somnolent, at times people want to be awake. For example, travelers experience “jet lag” when they cross time zones. When a New Yorker arrives in Paris at midnight Paris time, his or her body continues to operate (their biological clock) on New York time. It may take several days to reset a person’s biologic clock, depending on how much it has been altered by the time change. Different organ systems in the body recover at different rates.

There is evidence that some aspects of sleep are under genetic influence; a gene termed DEC2 is being investigated as causing people that possess it to require only about 6 hours of sleep. Researchers have only begun to examine the genetics involved in sleep.

What are the stages of sleep?

1. REM sleep (rapid-eye movement): REM sleep is unlike any of the other stages of sleep. It was first described in 1953 when sleep researchers noticed a unique pattern of brain waves (signals recorded on an electroencephalogram(EEG), a type of test that measures the electrical impulses within the brain). These brain waves had a fast frequency and low voltage, similar to the brain waves seen in the normal awake state. Other characteristics of REM sleep include complete inactivity of the voluntary muscles in the body, with the exception of the muscles that control eye movements. Rapid eye movements are also observed during REM sleep. People who are awakened during REM sleep often report that they were dreaming at the time. About 20% to 25% of sleep time is REM sleep; in infants it can comprise about 40%.

Stage N1 sleep, or the transition from wakefulness to deeper sleep. This is the lightest stage of sleep, and people may not always perceive they are asleep when in this stage.
Stage N2 sleep is a true sleep state, and accounts for 40% to 50% of sleep time.
Stage N3 sleep has been called deep sleep, delta sleep, or slow wave sleep. This stage accounts for about 20% of sleep in young adults.

Why is REM sleep important?
REM sleep makes up less than 25% of total sleep time, and the reason for its importance is not fully understood. Some studies have suggested that REM sleep is necessary for the brain to preserve memories and maintain appropriate neurological connections.

What percentage of sleep should be deep sleep?
Deep (N3) sleep, as defined above, only accounts for about 20% of total sleep. The largest amount of deep sleep takes place in the first half of the night. 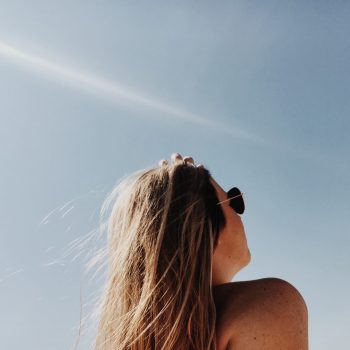